What is Psyllium Husk? Psyllium fibers have grown in popularity in recent years. It is said to aid in weight loss, improve digestion and help regulate blood sugar. In this blog we will go deeper into these topics.

Psyllium husk or ispaghula, is the common name used for several members of the Plantago genus whose seeds are used commercially for mucilage production. The plant from which the seeds are extracted tolerates dry and cool climates and is mainly grown in North India.

What is psyllium fiber used for?

Effect of psyllium fiber on cholesterol levels and type 2 diabetes

Where does psyllium husk originally come from?

Psyllium is a robust herb that grows around the world, but is most common in India, which remains the largest producer of psyllium husks today. It is also referred to as Isabghol (Ispaghol in Pakistan), derived from the Sanskrit words "asp" and "ghol", collectively "dandelion". The whole seed has been used in traditional Iranian medicine for hundreds of years.

What parts of psyllium seed are used?

The inner seed is high in starches and fatty acids, making it an excellent natural additive for animal feed. The outer layer (the shell) is ground into mucilage, a term that describes clear, colorless, gelatinous dietary fiber that provides the most health benefits in humans and animals (Source: PDF IJsr.net).

As mentioned earlier, psyllium fiber is believed to have a variety of health benefits. Here we explain a number of them.

There are also indications that psyllium fibers can help in the intervention of Irritable Bowel Syndrome (Source: NCBI).

Psyllium fibers make you feel full. In combination with water, psyllium fibers expand in the stomach and this prevents a feeling of hunger so that it can support weight loss (Source: Pubmed).

Psyllium fiber is popular with bodybuilders and physical athletes as it regulates the feeling of hunger. This is especially ideal if you have a tightly arranged nutritional plan.

Psyllium fiber - and generally an increase in soluble fiber in a diet - is believed to help regulate blood sugar (Source: Oxford Academic).

For the above reason, psyllium fiber is loved by people with diabetes who want to lose weight - because they have to be extra careful about fluctuations in blood sugar.

Psyllium is generally considered safe when used as recommended, but it can cause certain side effects such as gas, bloating, stomach pain, diarrhea, and nausea (Source: Pubmed).

Although rare, an allergic reaction cannot be ruled out. Call your doctor right away if you experience symptoms such as:

How much psyllium fiber do you need?

It is best to start with a low dose and slowly increase the amount you take for one to two weeks until you reach the recommended dose. Mix psyllium fiber well with the recommended amount of water (usually a tablespoon is mixed in a glass of water).

It is important to drink enough water during the day. Taking psyllium fiber with insufficient fluid or in large doses can lead to intestinal obstruction. If your constipation gets worse while taking psyllium fiber, stop using it and contact your doctor.

Psyllium should not be taken by people with acute stomach problems (such as appendicitis), intestinal obstructions or spasms, difficulty swallowing, colorectal adenoma, or a narrowing or obstruction anywhere in the digestive tract. People with kidney disease and those on certain medications may not be able to take psyllium supplements. 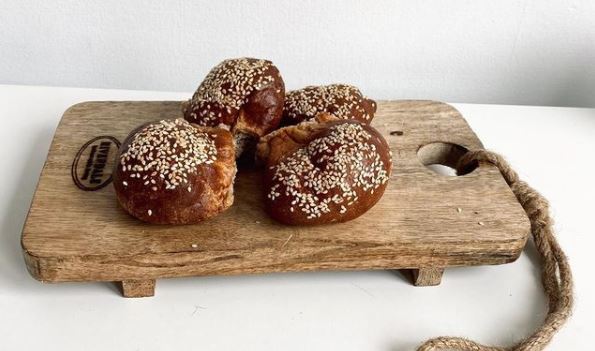 These delicious and easy-to-make psyllium husk buns are perfect for a low-carb diet. This way you still have the 'bread feeling' without the carbohydrates. Linda made a recipe video so you can make them too. 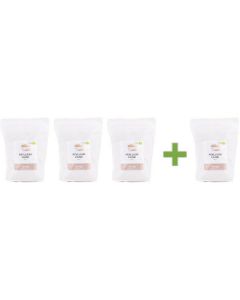 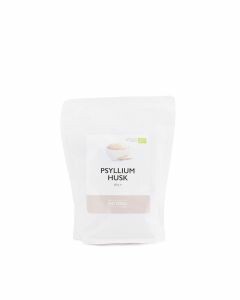 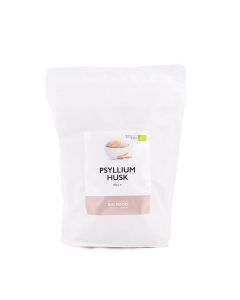 Posted in Healthy food and Informative

← PREVIOUS
Our nutritionist weighs in on Whey! All about whey protein.
NEXT →
Building muscle 101 - How does it work and why is protein important?
Related Posts
Related Products
Blogs
Categories