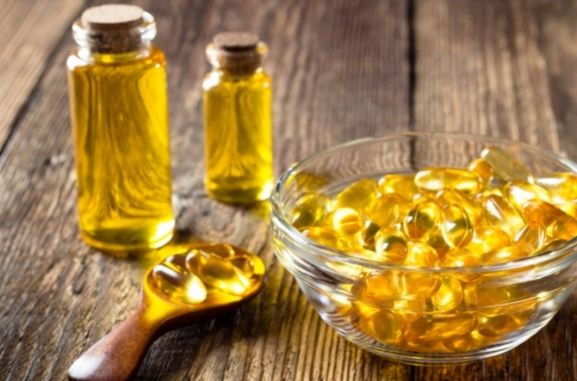 What is Fish Oil?

Fish oil is a potent nutritional compound that contains many fatty acids, the most important being eicosapentaenoic acid (EPA) and docosahexaenoic acid (DHA). These are known as the Omega 3 fatty acids and fish oil the richest dietary source of them. These fatty acids are key factors in various biological processes such as the inflammatory response, signaling pathways, and supporting normal cognitive function (Source: NCBI).

All our fish oil batches undergo advanced testing procedures to ensure high product quality and our commitment to putting the consumer first.

That's a good question! The answer depends on the person asking the question. Fish oils are one of the richest sources of omega 3 fatty acids, however, there are many plant-based sources too such as chia, hemp, and flaxseed.
The problem with these is that they do not contain high amounts of EPA and DHA which are the crucial fatty acids. If you do not consume a lot or any fish, a supplement might be a viable option.

What Fish Oil Supplement is best?

That's a good question! The answer depends on the person asking the question. Fish oils are one of the richest sources of omega 3 fatty acids, however, there are many plant-based sources too such as chia, hemp, and flaxseed.
The problem with these is that they do not contain high amounts of EPA and DHA which are the crucial fatty acids. If you do not consume a lot of fish, a supplement might be a viable option.

What is Omega-3 good for?

Omega 3 is one of the most important pillars of the human diet. They provide the raw materials for the production of anti-inflammatory compounds known as eicosanoids. Without these, our body would not be able to counteract the pro-inflammatory responses. In addition, omega 3 (especially EPA and DHA) are important components of cell membranes and are needed in the brain for optimal functioning.

The two primary types of essential fatty acids are classified as omega-3 and omega-6. In the western diet, we consume plenty of omega-6, but generally, not enough omega-3. This is important because omega-6 provides the raw materials for the production of pro-inflammatory molecules, while omega-3 provides those materials for anti-inflammatory molecules. Omega-3 fatty acids include ALA, EPA, and DHA, and the best sources of these remain marine life.

Are there different types of Omega-3?

This is a great question and the answer is yes! However, something that is less well known is that the omega 3 fatty acids can transform into one another. The first and most common in our food is ALA. This then can be converted to EPA, and then to DHA. It is important to understand though, that this process is very inefficient because the enzyme that is needed for the conversions is very scarce. So, the best way to ensure you get enough EPA and DHA are to get it through your diet.

Our high-quality fish oil provides a rich source of both EPA and DHA. These fatty acids can play a key role in improving the fatty acid profile in the blood and blood pressure in certain individuals (Source: NCBI & NCBI). In addition, mood improvements have also been observed in certain populations when supplementing with these fatty acids (need ref).

EPA supports the local inflammatory responses, for example, if you twisted your ankle and it became inflamed, EPA would exert its effect locally at the ankle joint. EPA also contributes to maintaining normal circulating fatty acid concentrations and regulating mood.

DHA is incorporated into our cell membranes which provide structure and function. DHA also supports brain function and eye health. It is imperative for pregnant and breastfeeding mothers to supplement or obtain adequate DHA through fortified products (an additional 200 mg/day on top of the diet) to support the eye and brain development of the fetus.

As mentioned, omega-3 fatty acids (EPA and DHA) provide the body with the precursors for the formation of anti-inflammatory molecules known as eicosanoids. (Source: NCBI)

Anti-inflammatory molecules are imperative in the body to defend against swelling, tissue damage, and other negative responses to oxidative stress.

There is a wealth of evidence stacked in favor of the cognitive-related benefits of omega-3 fatty acids. Some have shown that regular supplementation can protect against cognitive decline in adults: better performance on tests of nonverbal reasoning and mental flexibility, working memory, and vocabulary with higher DHA status. (Source: NCBI)

In addition, it has also been shown that supplementing with omega-3 fatty acids can reduce the onset of delayed muscle soreness. (Source: NCBI) This can help you recover faster and get right back into the gym!

Another well-founded role of essential omega-3 fatty acids is the impact they may have on mood enhancement (Source: NCBI) and the reduction of anxiety. (Source: NCBI) This study showed that supplementing with omega-3 had anxiolytic impacts on the body.